Finally I can launch a project I wanted to do for quite a while. After a few months of work I’m happy to release Draftist - a Drafts Action Group for integrating with Todoist.

The Action Group contains a lot of Actions to let you…

Being inspired a lot by @sylumer 's TADpole / ThoughtAsylum Drafts Library I also implemented this using a Javascript file with all the underlying functions and then building the Actions from it.

Make sure to run the Draftist Setup/Update Action after downloading the Action Group into your Drafts App.

Several of the Actions allow (and require) user configuration of e.g. Todoist filters - I tried to make this as easy as possible for everyone.

If you have problems during the setup, configuration or usage of the Actions please let me know.

Also if you have other usecases you want to automate with Draftist I would be interested to hear them and try to include them in future versions.

I hope that Draftist simplyfies and speeds up many of your workflows and helps to remove friction from your processes.

Let me know what you are thinking

Congratulations on the release

Fantastic work. Much appreciated. Would you consider making similar, easy to setup action groups for Notion and Airtable? Once again this is excellent. Thank you.

Thanks a lot Stephen

Would you consider making similar, easy to setup action groups for Notion and Airtable?

I personally don’t use Notion / Airtable - I never found a real usecase for Airtable for myself and just tested Notion a bit but I didn’t like the experience. So I don’t think I’ll built something for those Apps at that scale of complexity

Ok. Thanks for replying 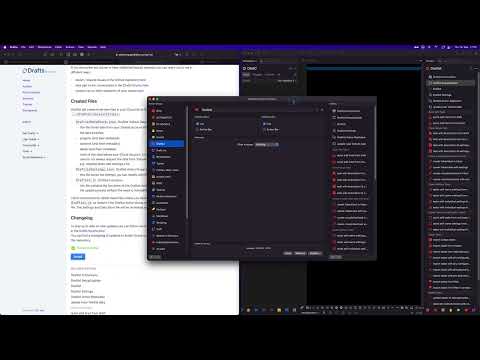 I keep getting unauthorized errors. How do I make this action to talk to my Todoist account?

Awesome. That worked. Thanks

This seems great, thanks for sharing it. I can’t get any of the “import” actions to work though.

After forgetting credentials, the problem is still there.

I am able to create tasks, tested with a few different of your actions.

Not sure if this is relevant, but I am on the free trial of the business plan right now.

I don’t know if this is relevant… I would assume that it doesn’t make a difference regarding the requests to the Todoist API.
do you get the same response that you posted earlier?

What Drafts App version are you running?

Did you try it on macOS and iOS and got the same results?

Getting tasks from Todoist? Scripting

This would appear to be a bug in their API. Drafts moved to using v2 of their REST API, because they are discontinuing v1…but this doesn’t seem right. I don’t have time to dig further right now, but if you force Drafts to dropback to the v1 API, it works - and the docs between APIs do not suggest there should be and difference. To do that, add to.apiVersion = "1" after you create the to object, but before you make any calls.

I expected the v2 Switcher for Drafts to be released later this year - this can cause problems right now as @agiletortoise mentioned in that comment, too.

I’m currently „Out of Office“ and traveling so won’t be able to start upgrading Draftist to v2 until probably mid October - sorry about that!

I‘ve finally started working on updating Draftist and migrate it to the new REST API version.
Unfortunately it requires a lot of changes in the code so its not just a quick edit

If you have any other feature requests just let me know

I updated the Draftist script file in the repository to migrate to the newer REST API version of Todoist.

Please update Draftist by running the „Setup/Update“ Action in the ActionGroup. 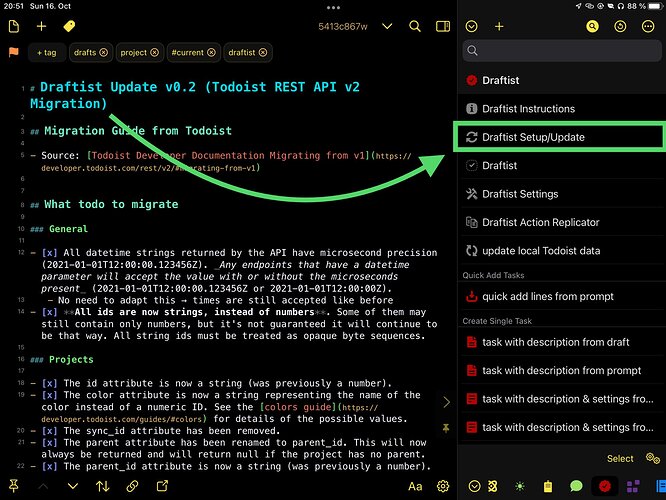 I shared that I updated on Twitter to hopefully reach most people using it. The version switch broke especially the label stuff and I don’t want that people rely on it and it’s not working anymore

so if you RT this I’ll appreciate it: 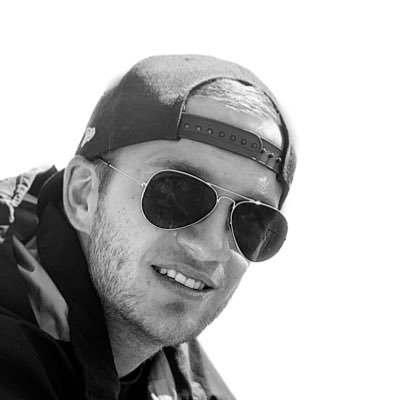 @FlohGro
Update Time for Draftist - a @draftsapp ActionGroup for @todoist I updated the Draftist ActionGroup and Script for the new @todoist API version. If you use Draftist please update the Script by simply running the „Draftist Setup/Update“ - if not (yet): read below ⬇️ please RT🔁 https://t.co/ovHhWSbV1V 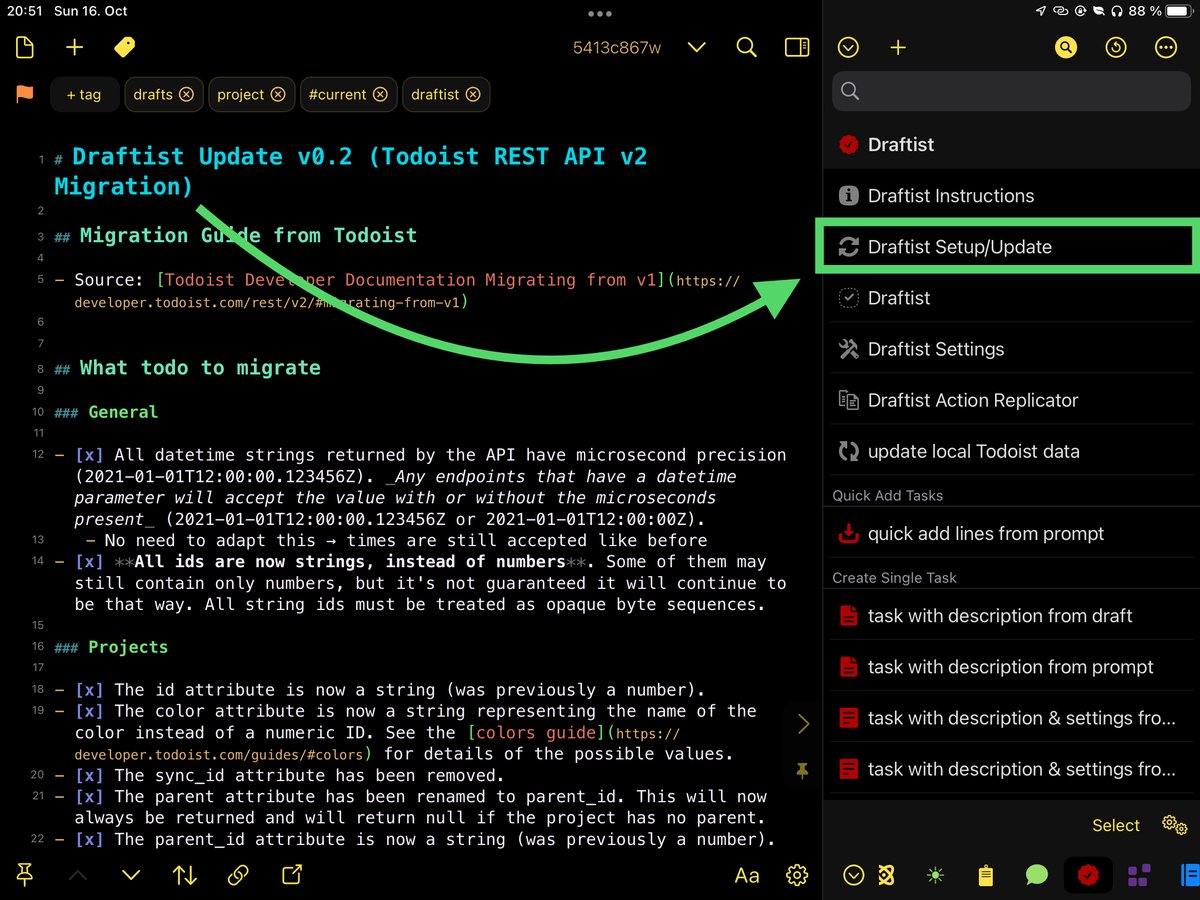 Have downloaded and updated. On the import tasks actions, I’m getting this error:

This is an error I fixed with the update.
@derekvan did you perform the update on one device and maybe tried it then on another (maybe the file wasn’t synced before)?

When you run the „Draftist Setup/Update“ Action you have to select the „Update Drsftist.js“ option in the prompt:

can you confirm that you selected this? And otherwise please run the update again and test your configured action.

If it still doesn’t work you can assist me finding the potential bug as follows:
Fontina this path on the device where you updated and open the file „Draftist.js“ in files:

At line 7 it should say „version 0.2“.
If it doesn’t. Then delete the file and run the „Draftist Setup/Update“ Action again.

Ok, it seems to be working now, sorry for the report. I did update before following the prompt and received a confirmation. Perhaps it took a longer time for the full js file to download to my device. I was using just one device to do the update and test the action. At any rate, it works, thank you.