I posted a Simple List+ example syntax in the Directory. This example is designed to suggest how some minor modifications to syntaxes and tailor the experience in Drafts. 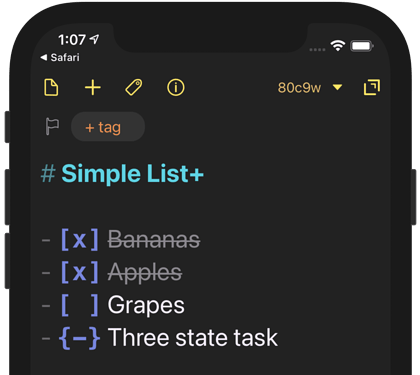 Drafts ships with a “Simple List” syntax. Its primary purpose is to provide an alternate list syntax that is simplified just for handling tasks. Works great with shopping lists, for example, (don’t miss our separate tip on working with shopping lists). It supports only Markdown style headings and lists.

The Simple List+ syntax differs from the standard version in the following ways:

For more details on installing and using custom syntax, see the User Guide.

Thanks to this example, I’ve updated my Draftsdown syntax with the completed checkbox visual distinction, three-state tasks, and navigation markers for incomplete tasks. Not difficult to do!

Frustrating introduction to themes and syntaxes for me, I’ve installed the Example Syntax and various themes including Draftsdown but the three state tasks look pretty much like plain text to me. What am I missing, is anyone else experiencing this? (Drafts version 26.2.4)

Show as normal, strike through and bolded for me. 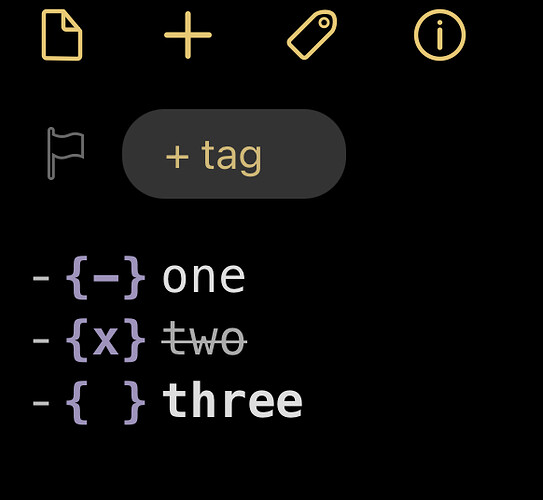 It’s back! and all is good. Thank you for you help.