Will iCloud Drive always be required

My company prevents iCloud Drive from being enabled on my work laptop. I was wondering if there is any way to use the app in that case.

Drafts works fine just storing data locally without iCloud Drive. It is the only supported sync option, however.

But you can’t use the product unless iCloud Drive is enabled to detect that you purchased the iOS subscription.

I didn’t catch this was a Mac question. That is just a limitation of the beta. Once there is a production release that will not be a requirement.

I’m in the same situation as OP – I have a Mac where iCloud Drive needs to be kept turned off. It still appears that subscriptions from iOS must be synced via iCloud Drive. Is there any solution or workaround for this?

Thanks, that would work. However, it looks like I’ll need to wait until my annual subscription renewal rolls around, then switch my subscription from iOS to Mac…?

Up to you if you wait, but there’s no way to transfer a subscription or pro-rate to the other platform, if that is what you are asking. You would have to make the Mac purchase on the Mac that does not have iCloud Drive, since you won’t be offered the purchase options if your sub is already recognized.

Am I missing a step, or is this just a limitation (and I would need to switch to subscribing from the Mac rather than iOS to accomplish this)?

The iOS and Mac App Stores are totally separate, as far as the backend at Apple goes. They provide no mechanism to share purchases across platforms. Providing iCloud sharing of a subscription was implemented in Drafts…so, is naturally tied to the iCloud account being the same.

Developers have no visibility of Apple IDs, so it would not be possible to share a purchase solely on it.

Thanks for the clarification!

I want to confirm.

Is this the reason that the Pro I purchased on iOS (last month for 1 year, after paying monthly for a few months) is not seen on the Mac? Will I have to wait until next December to renew in the Mac app? Will that then be visible to the iOS?

If your Drafts data is syncing between iOS and Mac, then your Pro subscription should sync as well.

You can restore purchases on as many devices on the same platform as you use the same App Store Apple ID, but to share across the Mac < > iOS gap, you must have iCloud sync enabled.

Finally had time to take another look at this and found the problem.

I had subscribed to Pro in iOS. I was using TestFlight on my iPhone app. I wondered if that might be a factor, so I removed it from TestFlight, deleted the app and reinstalled it (on both the iOS devices) with the standard AppStore app. I then reopened the Mac app (which I had closed before doing this). I got the message that it found the Pro subscription and now seems to be working as expected.

Not sure if TF was getting in the way, but OK now.

Same situation as OP re not being able to turn on iCloud Drive on my work Mac (note every other iCloud and App Store thing uses my own personal account, it’s just company policy to have iCloud Drive off).

I subscribed to pro via iOS. And from this thread, I understand that subscription status can’t be sync’ed because of the restriction put in place by my employer. What’s less clear to me is what happens if I can subscribe again via the Mac (i.e. simultaneous subscriptions for iOS and Mac) and get my data to sync without iCloud Drive being enabled. I love Drafts and would probably be willing to shell out the extra $20/year to get around this work situation, but it only makes sense if the notes themselves would then sync.

Those questions are answered in the sync docs. Yes, iCloud Drive is required to sync data. (subscription is not, by the way - data sync is in the free version)

This is an Apple limitation.

So… when will this be added?

This would actually be enough for me to purchase Drafts, I can get the same license for work and home, despite my work machine not allowing iCloud sync. The work notes don’t need to be synced anywhere anyway. 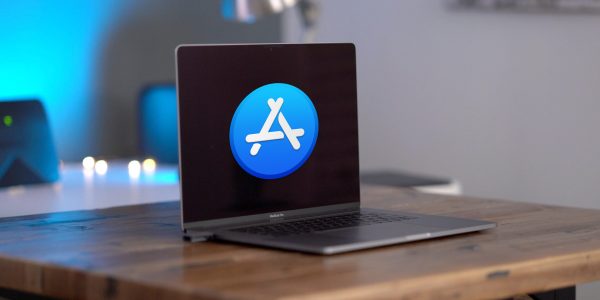 Apple adds ability for developers to sell Mac and iOS apps as a single...

With the latest beta releases, Apple has added the ability for developers to create unified purchases across Mac and iOS. This means that a developer can list an iPad app in the App Store and a Mac version in the Mac App Store. When the customer buys...

You can already do that, if you purchase your subscription on Mac, you can restore and activate that purchase on any Mac using the same Apple ID for App Store purchases. Assuming at least one of the Macs you use (at home) has iCloud active, that subscription can be shared to your iOS devices.

It’s far too early to comment on whether these new features from Apple will work for Drafts in the future.