Drafts provides a Share action step that allows text to be sent to the system share sheet. The app ships with a Share action which utilizes this action step to send the entire text of the current draft to the system share sheet. This is the most common use case for sharing from Drafts, but there are some other customization and options available. Let’s discuss a couple of these cases. 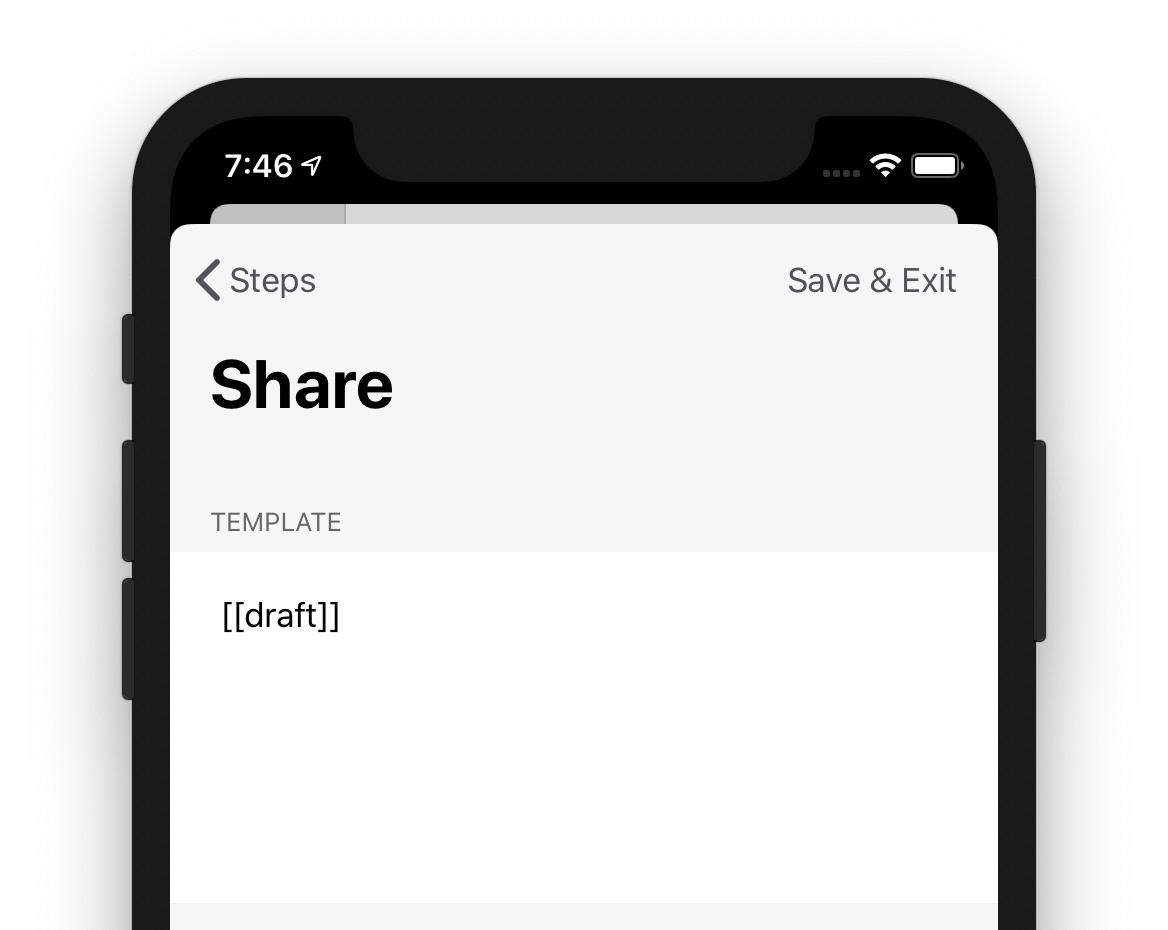 Sometimes it’s useful to share something else, however. The most common other case would be to share only the selected text in a draft. This can be accomplished by altering the template to use the [[selection]] tag in place of the [[draft]] tag. (Example Share (selection) acton).

For more on templates, read the Using Drafts Templates article.

Sharing as File or URL

Drafts also includes a Share script object that enables a couple of more advanced sharing options. Specifically sharing as a file or URL instead of as text. These example actions demonstrate uses for these features: