I see that == does not render mark/highlight in either Markdown, MultiMarkdown or GitHub Markdown.

Is there anything I can do?

MultiMarkdown has support for Critic Markup. Almost what you have, but wrapped between curly braces. 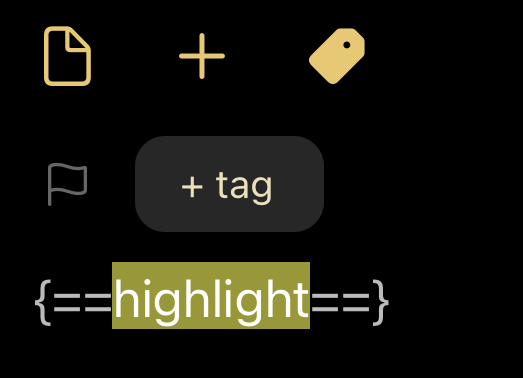 You could always customise any existing syntax to support your preferred highlighted text syntax.

That ==text== highlight syntax is not part of any of those Markdown implementations or part of the standard Markdown spec. It was an proprietary addition, maybe that first appeared in iA Writer? Not sure.

Several custom syntaxes users have written that add support for this markup. Such as:

You can install an use one of those to get support for that syntax. Understand that it is still not part of Markdown, so will not be treated in any special way in output, like in a Preview.

Thanks for the explainers and the links.