Second quick question, in the shortcut below where I’m typing text to append, is there a way for there to be an empty line between each append operation? Thanks 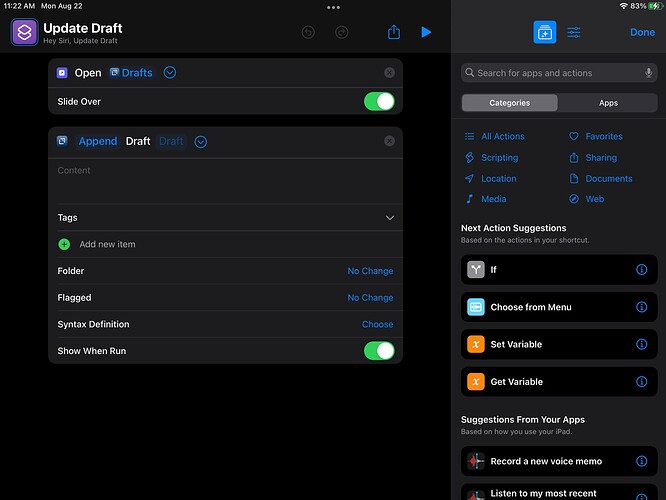 Shortcuts has a “Dictate Text” action you can use and take the output of that action to be the content in the Update Draft action that appends text. The “content” of the action appending in Drafts can have additional line feeds in it after the “Dictated Text” value as well. It does not need to be just a variable value. 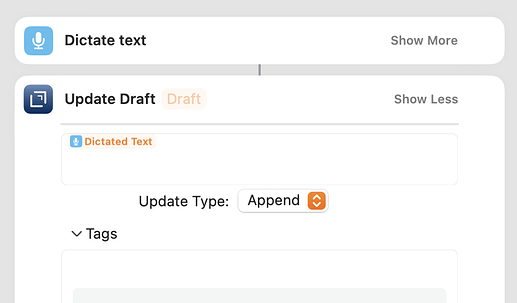