Just a heads up that I’ve found what seems to be a bug in iOS 14.5 public beta 2 (14.5 (18E5154f)) where built-in actions sporadically cannot access the dates from third-party results that contain dates. I’ve seen this with Drafts and ToolBox Pro. This is a regression from beta 1.

Weirdly, it works at first, then fails when you interact with the date formatting stuff, then remains broken even if you reset the settings. 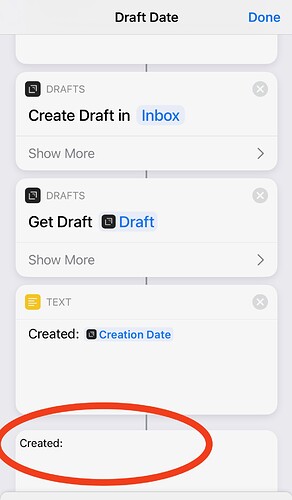 Both I and Alex Hay have reported this to Apple, but I thought folks here would want to know.

This issue persists in iOS/iPadOS 14.5 beta 3. @agiletortoise have you experienced it? Is there anything you can do about it, or is it Apple’s issue? I’m getting very concerned that it won’t be fixed in the 14.5 release.