How to get clipboard contents into this url scheme?

I’m trying to create some launchers to append to specific drafts with the iOS app “launcher with multiple widgets.”

||clipboard|| is a special placeholder to insert the clipboard content in a text parameter value. Your second example was missing the text= part to name the parameter. This should work:

Ahh, actually I’d tried that way too, but it didn’t work in the “launcher” app, it works in the ios Shortcuts app though. When I add clipboard at the end like that launcher says “unable to open given launcher.” When I instead, put any text at the end where the clipboard placeholder is, the launcher app will open that url and append the text I have in the string. Seems adding clipboard is somehow incompatible with that app.
I’m trying to replicate how I had e-mails in launcher to send and append to specific Evernote notes. Replacing all those with Drafts. It’s very quick to swipe down and right on ipados to open widgets like in the pic. Open to any ideas or solutions how I could replace that I’m open to! 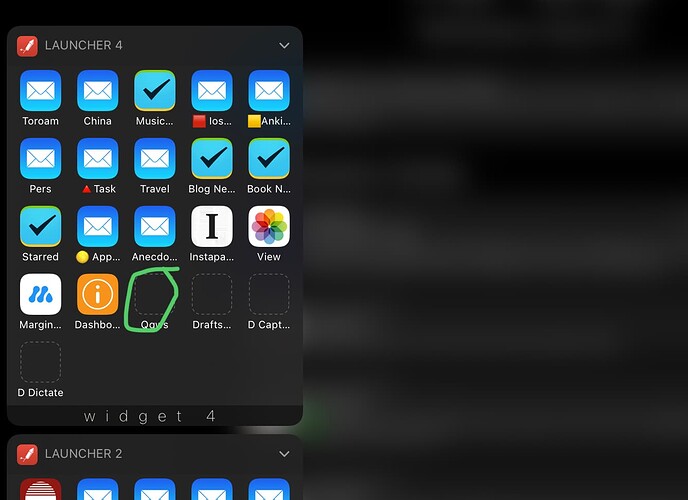 I’m not familiar with this app. You might check with their support on why that URL might not work.

You also might consider using a Shortcut instead of a URL, as it can append the clipboard in the background without needing to launch Drafts. Perhaps a smoother solution if this is something you are frequently doing.

Yea it’s not a Drafts issue at all. I managed to find one of those launcher apps that will host ios Shortcuts (Launch Center Pro) and it works to append clipboard with a Drafts Shortcut.

Just wanted to say that this is the first app that’s anywhere near programming that my eyes didn’t glaze over and got me thinking I could learn some more programming. Let a review on the app store. Thanks