How to best get old audio dictation recordings transcribed

I realize the importing of audio files into the transcription engine isn’t currently a feature in Drafts. I’m not sure how useful that would be to anyone else. If a few others think this might be a good feature to have, I can write up a quick use-case and post a feature request topic.

For now, without a feature request, I’m trying to figure out the best way to perform transcription on hundreds and hundreds of voice recordings (my brainstorming notes).

In general, I was walking my dog when I made most of these recordings, sometimes sitting in the car. So there’s background noise and I’m usually talking too fast.

Would a headphone-to-microphone cable work to give a best-case-possible connection if say I were to use my iPhone as the audio source, and my iPad Pro as the Drafts Transcription endpoint?

Is there a better way to do this? Its gonna take FOREVER.

Thanks so much for any ideas. Even crazy ideas are welcome!

Here’s the doggo who inspires me so much that I thankfully have this much raw brainstorming to work with. His name is Hubble, he’s named after Edwin Hubble, after whom the Hubble Space Telescope is also named. He got that name because he’s as handsome as Robert Redford in “The Way We Were” and because he’s my little satellite-observer.
Whenever I see The Universe through his eyes, it all looks a whole lot more wondrous: 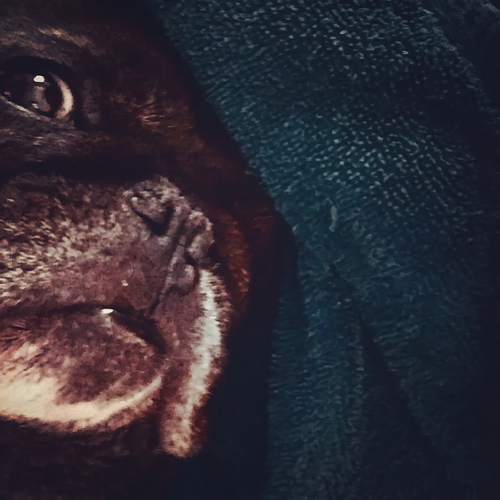 Automated transcriptions often use the pacing of the audio to help with the transcription, so unless you talk at high speed, ai don’t imagine slowing it down would significantly improve transcription in general.

Cleaning up background noises would be useful, but is highly variable. Maybe some sort of blanket filtering of some audio ranges would be the best way to mass process the files for something like that.

In terms of piping in audio over cables to the iPad dictation, that will be quite manual to operate for a large number of audio recordings. Also remember that you might be using some technical and obscure for daily speech, terms. That’s probably a lot of corrections.

Nuance’s software might can learn your own terminology so as to reduce corrections and can be run against audio files. That’s might well be your best software only solution for the actual conversion.

However, if you need truly accurate transcriptions, then you may need to consider a professional transcription service. A good human transcribe still wins out over the best transcription software, but it is obviously more expensive.

Generally with transcription you want to avoid a backlog if at all possible because it’s such tedious work. I’d break this task up in two ways: 1) don’t let it get bigger - start transcribing (or noting as discussed below) new recordings immediately or at least on the same day, and 2) set aside a few minutes daily to listen to one or more of the older recordings, and assess whether it really needs to be transcribed or whether you can just write up your notes. Unless you really need a verbatim account for some reason, notes will probably suffice.