How do I suppress "Done" prompt after Update Draft action runs?

I’m using a shortcut to append a message to a draft.

After I run the shortcut, a modal pops up on my phone showing the draft and a Done button.

How do I suppress this so that the shortcut completes silently?

Here is the shortcut. 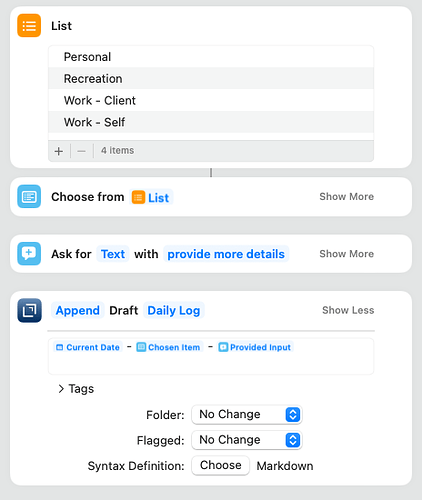 Do you have access to edit the shortcut on iOS (iPad or iPhone)? There’s a “Show When Run” switch on the Update Draft action that needs to be disabled…but, oddly, does not show up to be edited in the Mac version of Shortcuts.

(Shortcuts bug, not a Drafts issue, per se)

I knew it was something silly.