I have a basic action that prepends the draft/selection to a Dropbox file. (The file name comes from a form spinner with hard-coded values.)

But every so often, a duplicate of that file is created. 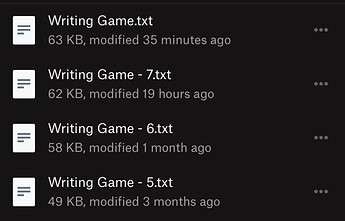 I presume that’s a Dropbox issue / oddity? Something they’re doing if it thinks the file is locked, maybe.

Just reporting in case there’s logic in the Drafts app that may be causing this.

Those numbers are not added by Drafts, it’s how Dropbox resolves conflicts, but the requests Drafts is making explicitly tell the Dropbox API not to resolve conflicts and rather to throw an error, so that should certainly not be happening.

If I cannot reproduce in quick testing here, but that doesn’t prove much. Do you have any other process that work with the files you are appending to? Automations, open in other editors on other devices?

For what it’s worth, if it helps you troubleshoot or notice a pattern, Dropbox (and any of the other file-based services Drafts works with) has no API for appending-prepending. To do this Drafts actions:

It appears, in some cases, Dropbox is treating the uploaded version as a conflict, and autorenaming it as if Drafts had passed different parameters.

Trying to think of clues…

In fact, when I run this action, it also first writes to a different Dropbox file, representing the month. Acts just the same, but does an append. And there’s never been a duplicate file created. Strange. 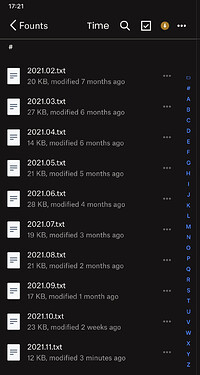 Fwiw, this particular file has had hundreds of writes / revisions – so way more than the 7 copies currently.