I have iCloud Drive set up on my PC running Windows 10, but the Drafts folders that are on my iPad and iPhone aren’t showing up in Windows or when I log on to iCloud Drive.

I have Automatic Import set in Drafts, and if I add a text file to the inbox folder, they appear in Drafts as they should.

The connection to sync files on my PC to IOS is working in both directions. (Files appear in the Files folder, and if I move them to the Drafts Inbox folder, they (a) appear in Drafts and (b) no longer appear in the iCloud Drive folder they were in on the PC.

What do I need to change to get the Drafts folders to appear on my PC so that I can automatically sync text files to Drafts?

Thanks in advance for any help you can be.

I used to use this same set up, but no longer have iCloud Drive on the PC. It did work fine for me with no special adjustments.

Thanks for the quick reply.

I am signed in to the same account on all devices.

I can add a file to iCloud Drive on my PC, iPad or iPhone, and it appears on the other 2 (it just takes a little longer to appear on the PC).

Finally, I only have 2 apps connected to iCloud Drive: Drafts and Documents by Readdle. They both appear on the iPhone and iPad, but neither appears on the PC.

I’ve attached screenshots from the PC and the iPhone.

Hope that helps, and really appreciate your help. 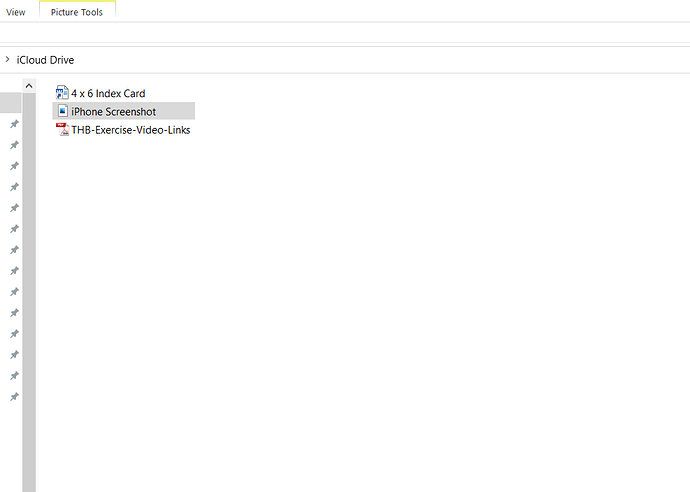 Drafts shows there for me, but you suggest above it does not for you. 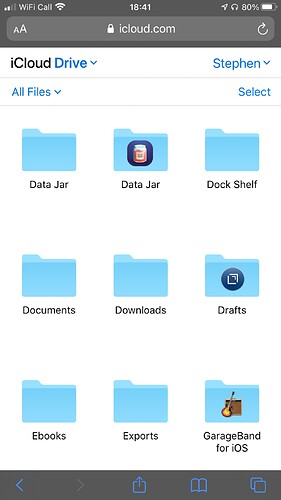 I get the feeling something is not kicking in on some part of the sync, but I’m struggling to see the full picture of what is and is not syncing where.

iCloud.com should be your source of truth, but so far it sounds like it is not picking up changes from the iPhone and iPad, but those devices are syncing between one another; which does not sound like it should be possible with a common account across all three devices and what is being viewed online.

Signing out and back in fixed it! Thanks so much for your help!

Which of fhe sign-in/outs fixed it?

It would be useful for anyone else coming across this thread in the future who has the same issue.

Good point. I just signed out on my iPad and then signed back in. The Drafts and Readdle Documents folders then showed up in both iCloud and on the PC.

Thanks again for taking the time and solving this. It was driving me nuts…