Drafts for Mac on ScreenCastsOnline

The good folks at ScreenCastsOnline were nice enough to do an extended screencast on using Drafts for Mac. 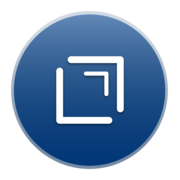 We've covered Drafts for iOS in the past, and it is now available on macOS! Drafts is where text starts and is intended to be the first app you think of when wanting to input text. Just open Drafts and start writing. Once in Drafts, you can...

The full video is part of their membership, can also be accessed as an individual tutorial in the SCO Showcase app.

Does Don realise actions are in the pipeline for Mac, for what will hopefully be a date not too far in our futures? Just seems like a bit later in the year might have opened up more to talk about for this app

He does discuss it in the video and is aware. They do a nice job with detailed overviews of the UI, etc., and had plenty to cover to make this one. Hopefully he’ll do another focusing on actions later. They took the same approach with their two iOS Drafts tutorials, with the second diving deep on actions.

Greg, it would be nice if David Sparks could write a full course (not just a few videos) on writing actions for drafts, like the excellent course he did recently and which I bought on keyboard Maestro.
thank you

Definitely let him know that is something you’d like to see.