Drafts 5.9 (iOS) is now available in the App Store, details below.

Fenced code blocks do not appear to be working for me. I used the Code Block action to make sure there wasn’t some character issue. There is a portion that is monospace, but I think that is just due to being indented. 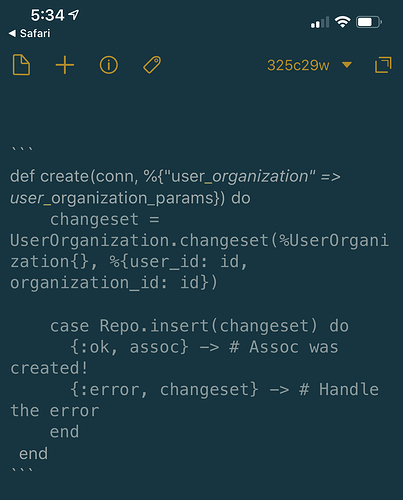 Do you have MultiMarkdown or GitHub Markdown syntax selected for the Draft? Regular Markdown does not have fenced blocks, they are an extension to the syntax.

It didn’t work for me either, I tried in MultiMarkdown and Github Markdown for both my current drafts and all by default and neither worked.

Thanks a lot for your hard work !

That appears to be working. The code block is in monospace font. That is the only formatting applied to a code block.

How it was you mean by higlighted ? I though I’ll have some code colouring syntax

Try to use a preview action:)

Well, it’s “syntax highlighting”. So any change to the text based on it’s content is part of the highlighting process. Sorry for lack of clarity.

I got excited with the fenced code blocks. Then found out that it doesn’t do syntax highlighting. I hope that it will become a feature sometime in the future.

While syntax highlighting would be nice all that ‘fenced code blocks’ (three backticks) implies is monospace - so it’s readable.

However, I believe there is syntax in some flavours to suggest what language the code block is in. But that is a separate function.

Oh ok, I misunderstood ! Do you have any plan to add some colouring depending on the code in fenced code block ?

Yep doesn’t have any code colouring in this case, maybe I’m missing somethings

For showing it in a preview, you just have to configure your preview to use an existing syntax highlighter.

For example, if we take some Markdown with a code block containing some HTML and some Javascript like this… 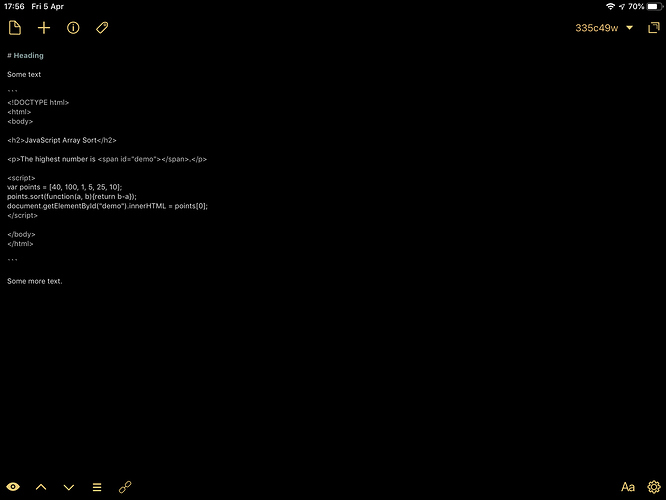 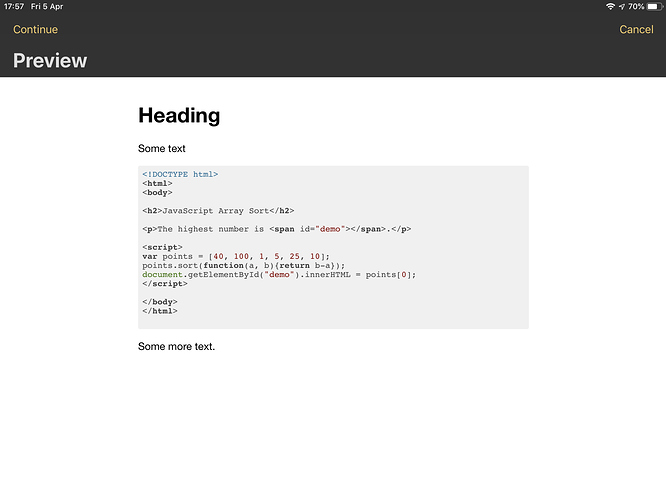 End of the day, live syntax highlighting is non-trivial, and setting it to work with potentially multiple languages inside multiple code blocks; well, since Drafts isn’t a full on IDE, I’d say that may be overkill, or at least well down the road on the application’s road map.

Anyway, hope the preview action option might be of some use.