Drafts 5.7 is now available in the App Store, details below. 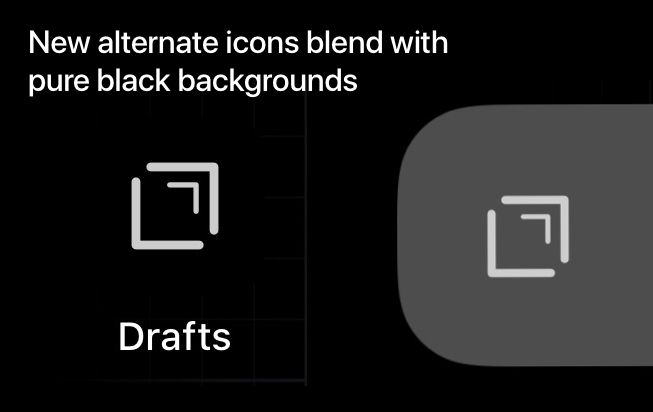 Does the new AirPods dictation feature work with the Apple Watch as well? Or is that still limited by the way Apple Watch works?

I believe AirPods do not works with dictation on the Watch. I haven’t tested because I do not generally pair my AirPods directly to my Watch - and it’s not something I can influence as a developer due to watchOS limitations. I’d be interested to hear if it does work, regardless the behavior would be the same as in any watchOS app using dictation.

I was able to dictate to the watch with the airpods paired to the watch. I think you still have to touch the screen to initiate the dictation. I edit my watch face to have drafts as a complication on the face and use this to dictate things during the day. I don’t see any difference between doing this with or without airpods, but the room was not noisy.

Tested it. It does indeed work! However, Drafts created on the Watch don’t sync back to the app unless the app is open on the iPhone.

When you say “unless” do you mean “until”?

Mac beta worked fine when I first installed (several versions ago). Now it installs but does not run. It does not see my valid drafts pro subscription. I have checked everything I know to check (same apple ID as IOS version, icloud and icloud drive enabled on mac).

Yes, until. I also get duplicates at times as well when created on Watch

Thanks @SteveNY. I wasn’t meaning to be snotty.

“Until” is almost as bad as “unless”.