I don’t think I’ve asked this before - and a search doesn’t reveal the answer:

Is it feasible to pipe into a new Drafts draft from the command line?

More sophisticated might be to append to the latest draft.

I know I can create some kind of automation to do this via the clipboard. (Which might make some variant of the technique available on iOS or iPad OS, too.)

Sort of…not super elegant, but you can capture STDIN to a temp file and route it contents through an AppleScript. I have the follow shell script saved as “drafts” to do it:

Then I can call the below to create a draft with the STDIN output:

In case it is of use, here’s some scripts I shared a while back. 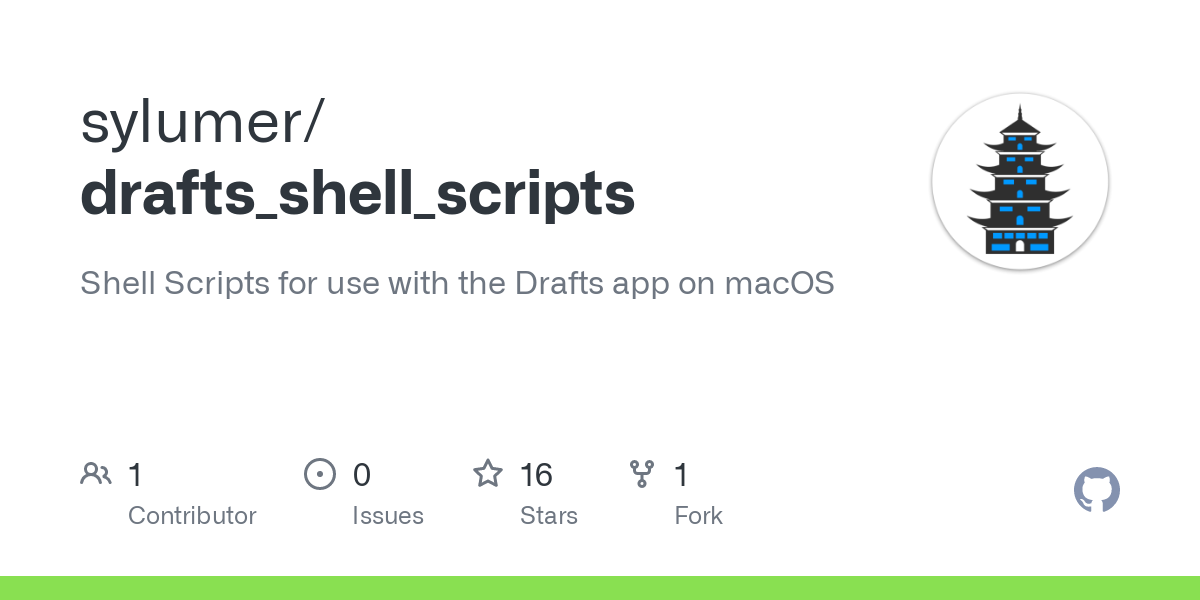 GitHub - sylumer/drafts_shell_scripts: Shell Scripts for use with the Drafts...

Thank you @agiletortoise and @sylumer!

It occurs to me that I could write eg Python with command line parameters to control this (or add value).

For example, adding tags or running an action.

(Rewriting - given your sample code - is only if I feel my coding is best done in another language.)

My assumption was that for Drafts to be built cross-platform it might be tough to support command line on Mac and other interface paradigms on iOS - but of course I don’t know the code.