Bug With Drafts and Notes (?)

Was messing around with Apple Notes this evening - contemplating moving to it full time (from Bear and others). And when I was messing with Notes on my iMac Desktop, I saw there is a ‘link’ icon at the top. When I clicked on that, one of the options was “Open Drafts - Blank”. See screen shot below. 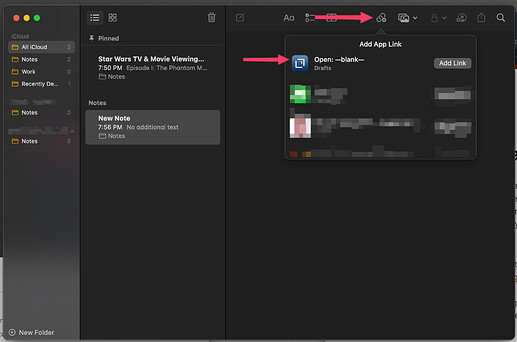 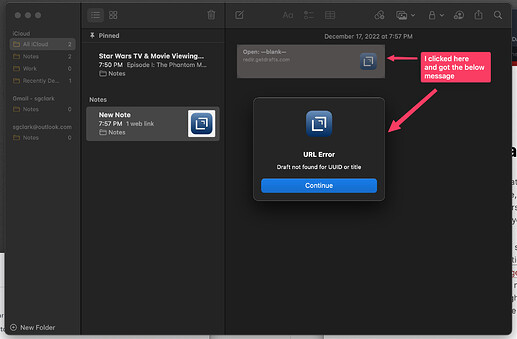 Sort of an odd scenario, sort of a bug.

Drafts publishes “User Activities” for what’s going on in the editor. This is how handoff works, and a number of other system features.

Drafts also treats a new draft as temporary until it has some content to avoid creating a bunch of blank entries in your draft list.

You are trying to link to a non-existing draft because it never got saved, because it doesn’t have any content.

Should work fine if you are using it to create a link to the current draft in the editor - when that draft has some content and was actually saved.

I didn’t explicitly initiate or do anything to have that Drafts link appear in the “Links” drop down within Notes app. It just appeared there when I clicked on the link icon in Notes.