I am looking for a way to use the transcribing feature in Drafts (Transcribing Audio & Video - Drafts User Guide) to automatically transcribe audio memos.

The dream is to have a process like:
Pressing record in Apple Voice Memos → making the recording → pressing stop → Drafts automaticly triggers and starts transcribing the audio.

Additionally it would be nice if the finished draft included a link to the audio file in iCloud.

I have tied playing around with it in Shortcuts, but can’t really find a way to trigger the transcribing feature. Wondering if it would be able to do something like this with a Drafts action triggered by Shortcuts?

Thought maybe one of you Drafts wizards would have some ideas to how this could be solved.

There is an element of difference in terms of platform in that the Mac has additional automation options that may make it possible.

On i*OS, the only options to trigger subscription are manual triggers and the editor.transcribe() JavaScript function - but that also requires manual intervention to select the file. If that manual intervention is okay, then you could substitute in a Shortcuts call to the “Record Audio” action for the use of the “Voice Memo” which seems to lack Shortcuts support from what I can see (my goto is “Just Press Record” which seems to similarly lack Shortcuts support, but does have a simple URL scheme on i*OS). Using Shortcuts to create the file, it could then jump you into Drafts and run a Scripting action step to let you select the file for transcription.

If you have a Mac, you could sync your audio file to the Mac, and then use other third-party automation tools trigger Drafts and use reproductions of manual interactions to select the file for transcription.

But, it may be that @agiletortoise could consider a feature request for increasing the automation options available to allow a file to be passed in and the transcription triggered from Shortcuts.

There is an app called “Actions” by Sindre Sorhus that provides extra actions for Shortcuts, including a “Transcribe Audio” action; so that may be another option to consider. You can still pass the text to Drafts and retain your original audio recording with this approach.

Hope that gives you some ideas for what to try next.

Thanks! That was a great idea to use “Actions” by Sindre Sorhus. Only problem is that I get a error “Could not run Transcribe audio (user denied access to speech recognition)” although I have allowed it in settings. See attached photos.

Any clues as to why I might get this error?

The shortcut I created:

The error I got running the shortcut: 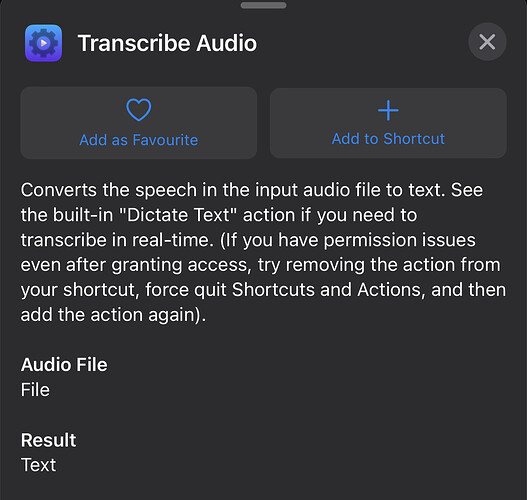 I will admit I have had mixed levels of success with these steps, but setting the action to local transcription only seems to work every time - it is only when sending off device that the permission comes into play.

For what it is worth, it looks like you can also raise issues here: 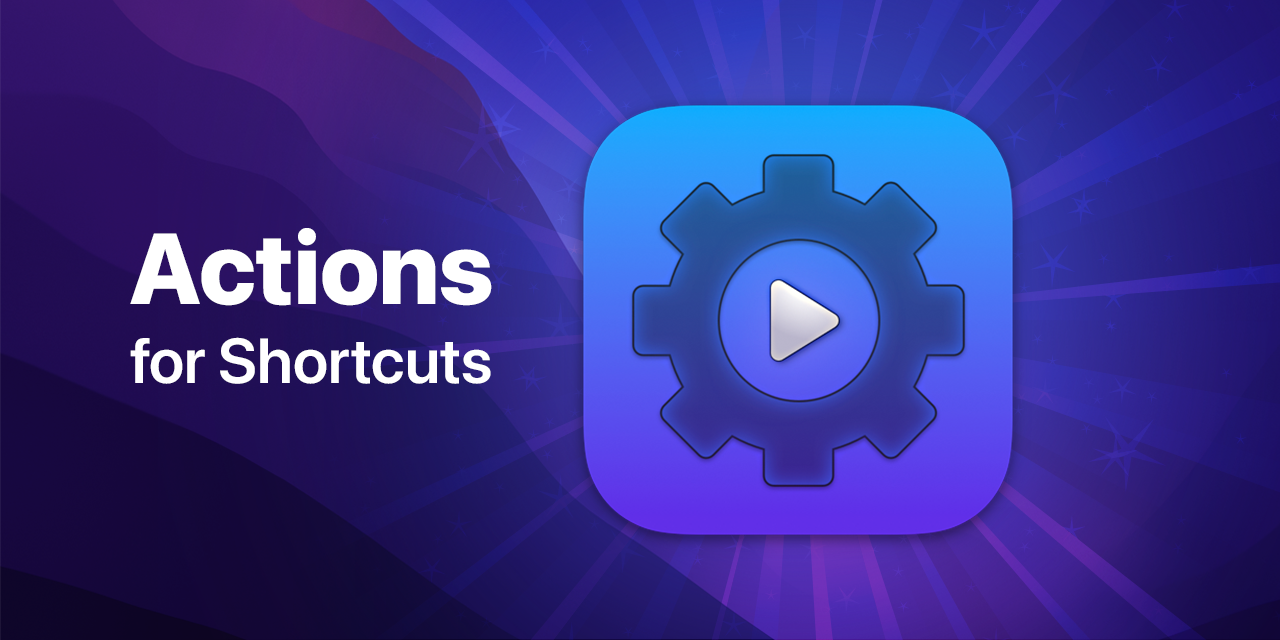 ⚙️ Supercharge your shortcuts. Contribute to sindresorhus/Actions development by creating an account on GitHub.