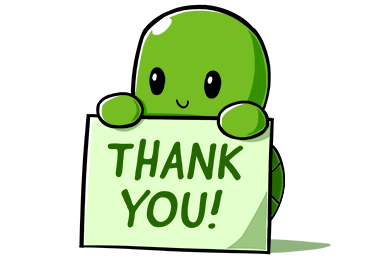 2019 was a big year for Drafts. I meant to write a longer year-end wrap up post, but, frankly, I was taking some time off.

Drafts saw 10 significant and a number of minor releases in the course of the year, and, notably, shipped for the Mac. The Mac version was a more limited app at first, but rounded out the year by adding full action support.

More significantly for Drafts as a productivity platform, the app continued to grow, find new users, and reach a level of sustainability that will allow me to continue to grow and improve the app in the coming years.

I have big plans for Drafts in the 2020. A few teasers of things in the works? Editing improvements, custom themes, and the ability to create and share custom syntax definitions. Additional service integrations and scripting improvements are planned as well.

I wanted to take the time to thank everyone who uses and supports Drafts for helping the app flourish. Drafts has a great community around it and could not continue to exist and grow without your contributions and feedback!!

Likely my most useful app.

It is my “hub” for text: I start with Drafts and then can send it to almost any app I use for further work. Thanks!

I found drafts a few months ago and it’s really changed my life. I feel like it makes it easy to get my thoughts out of my head so I can process them later. It’s my favorite tool!! Thank you for creating it and I’m so happy that the community is here as a resource

Thank you Greg for the steady improvements and great features. Also thanks to this community which is one of the best I have encountered on the Internet.

There is no question that for me at least - Drafts is the most valuable app on any device I own. And it is truly amazing how fast and well you added the Mac version.

I am excited to see what’s next!

Thank you for a great year Greg (and decloaking as a son of a highly esteemed work colleague of mine).

Greg, while I know this in one sense is “all part of the job”, I want to reiterate the support shown by others on the thread, and thank you for all the passion and care you put into supporting this powerful, multi-platform app. The energy and thought you put into developing Drafts has a far reaching impact with users across the world using it to capture the information they don’t want to forget, and getting it to the places they need it to go. It’s become an invaluable tool for so many and the real world impact it has had should not be underestimated or forgotten.

Like everyone else, I’m excited to see what you have in store for us over the course of the next year. I’m still struggling to keep up and make the best use of everything the app offers so far, but that’s a position I’m more than happy to be in.

Thank you once again, and here’s to you, the new year and the new Drafts versions to come.

I still prefer using Drafts 4 on my iPhone. Great for notetaking, not bloated like 5, still can create own actions. In 2020 probably I will stop using it because I’ll take time off Twitter, posting to Facebook not possible, and overal functionality too much dependent of decisions made by Apple in OS.

Thanks for the continued development, especially making Actions available on Mac. You have explained the problems with being able to send direct to Evernote, and hopefully that will be resolved…similarly sending to Byword on Mac. I get round it by send a mail to my Evernote address from my Mac, and send to Byword from my iPhone after typing on my Mac.
I spent some time organising my actions during the holidays, and now have a set-up that works really well for my needs. Dictation is an essential feature for me as I often need to make notes when it would be difficult to type. It works really well.
I use Drafts for creating ALL my notes, and for sections that will be incorporated into longer documents on other apps. The ability to simply and quickly capture thoughts, then mail, message, save or transfer them with Drafts is just so convenient and time saving. Thank you!