I’m a newish user of Drafts, and noticed I have two sets of Action Groups. This is on both our Mac and iPhone.

They appear identical. Is this to be expected? 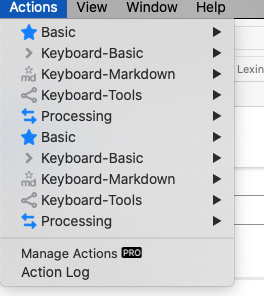 The default action groups are created when the app is first launched on a device. When this happens, the app marks that as having happened in iCloud.

Subsequent launches under the same iCloud account should not create new groups, but if you launched on another device when iCloud was not available for some reason, it’s likely those groups got created twice. It’s safe to delete the duplicate set.