First, it’s FULLY possible that I don’t understand something about Drafts, the Taskpaper format, or both!

My question is this: is it possible to have the lines in a Taskpaper formatted draft align with the first character of the first line? See the attached image.

The first three lines are aligned (a Taskpaper note).

In the third grouping, I use a hyphen (indicating a task) and the second and third lines seem aligned with the hyphen rather than the text of the first line. Does that make sense?

Fixable? Or a feature, not a bug? 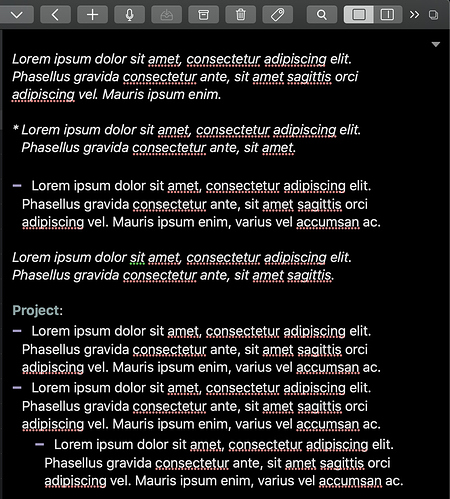 Missed this when it was originally posted. Will look into it and resolve in an update.