It currently sends footnotes to the bottom of the page with line breaks between each footnote, like so:

Is there a way to alter the script so each new line immediately follows the next, like so:

I just don’t see where this happens…
Thanks.

Really helpful for the next action modification:

And I had noticed this but did not realize it was a bug:

I’ve fixed a bug where the colon was being added to the wrong footnote element for the first item.

The double new line entry was on purpose due to my preference on separating the footnote entries. If you want to keep the action, edit the MD Footnote and update line 43 to remove one of the \n entries: 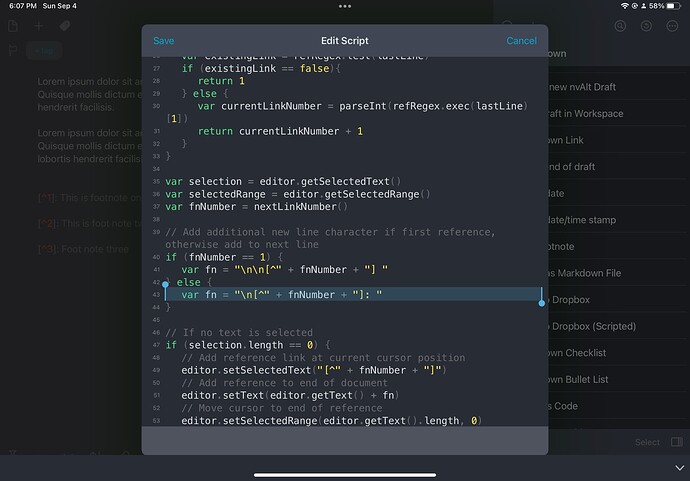