If you try to import an action you previously “owned”, a pop-up offers options of “Replace Existing Action” or “Import as New Action”. There’s no way to cancel without force quitting the app.

I get a cancel option right at the start of installation. 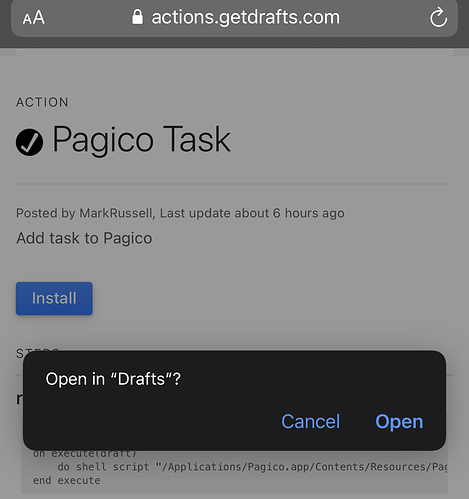 The issue I’m describing happens later in the import flow, only if you’re trying to re-import an action you’ve previously added.

Also, I forgot to mention (sorry) that I’m talking about Desktop (haven’t tested in iOS)

I get the same cancel option right at the start on the Mac too via Safari. 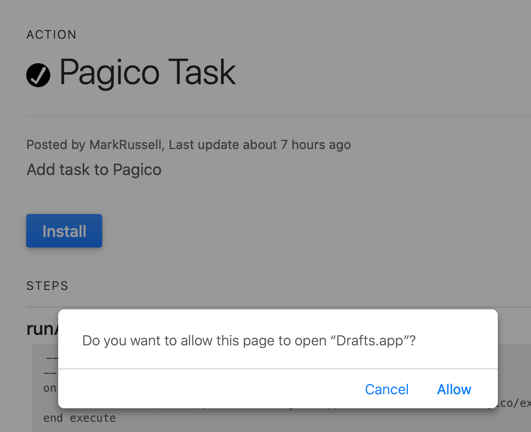 I understood that this was later in the process, but what I don’t understand yet is what the reason to cancel after you have confirmed would be. The additional information you have at the point where you get that particular prompt is that at some point in the past you have installed that action (or it came pre-installed). If you find that you already have it and are not looking to duplicate, then you would choose to update it to ensure you have the “latest and greatest” version wouldn’t you?

Say I forgot that I’d already installed an action, and tried to download it, naturally “allowing” it to open in Drafts. And then I saw this… 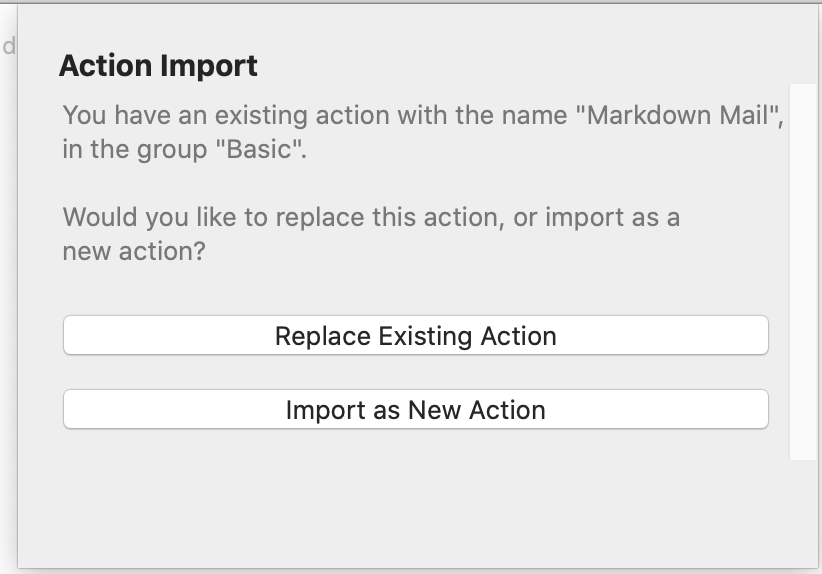 …I didn’t want to replace or re-import; I just wanted to wince in embarrassment and bail out of the process.

It’s even more fraught if there’s a chance (and there always is) that I’ve edited the action…so replacing would overwrite my edits. So there are potential data loss stakes if I err a second time at this point.

While I could certainly import as new action, rename, then delete the action - all to workaround the fact that Drafts won’t let me cancel at that point - this seems like excessive punishment for my earlier stupidity. Cancel buttons, I’m told, come cheap at the Dev store.

Moreover, people here report having hundreds of actions installed, so they’re even more likely to mistakenly try to re-install something previously installed. So I’m confused by the confusion.

Yes, I agree a cancel would be useful there. Not terribly important, as “import as new” is non-destructive and easily reversible in the edge case where this comes up.

That may be so but I already suffer from clutter in my actions.