So, I got an action where I create new txt-files on Dropbox from Drafts. It has worked flawless in the past but I just noticed that the last line in my drafts in Drafts isn’t included in the txt file on Drobox. 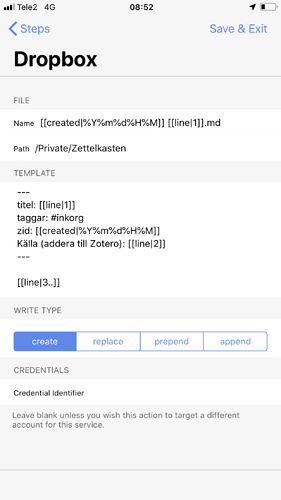 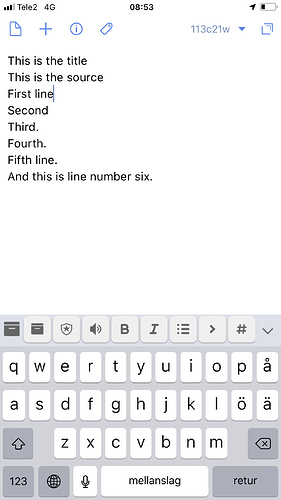 And the txt file in Dropbox 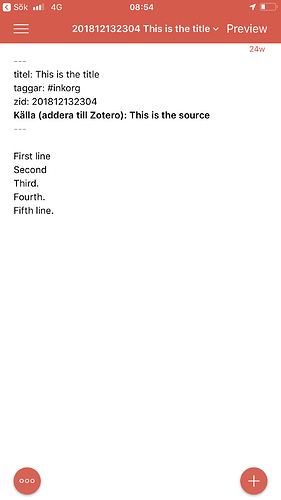 Can anyone spot an error in the action? I can’t remember making any changes to it lately, but that seems like the most probable cause. Otherwise, is this a bug?

This is a regression in the last update. It’s been fixed in the beta and should be out in the App Store next week. It is specific to and open range specification, you can use [[line|3..-1]] to workaround for now.

Thanks! Will it cause any future problems to leave it like that, or should I set a reminder to revert to [[line|3..-1]]?

No future problems. The bug is specific only to tag ranges that end in .. without specifying the end line. -1 explicitly means the last line, and will keep working as-is.

When was the version with this regression released? I have to backtrack in my already processed drafts to see which lacks the last line. And a date would help me in that process.

The regression was in the most recent 5.5.0 release, which came out Dec. 8th.